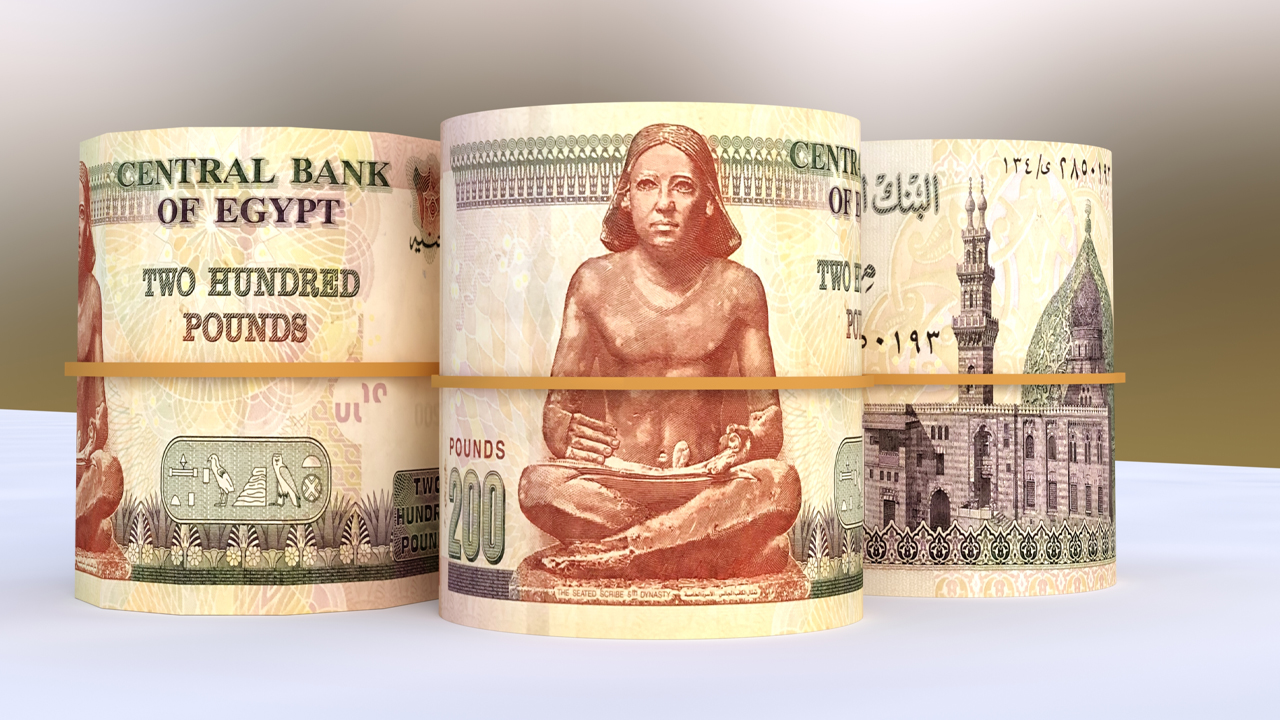 The exchange rate of the Egyptian pound versus the U.S. dollar fell to a new low on Jan. 11 after it tapped 32.14 per greenback. The currency’s latest significant depreciation came just a few months after it adopted a flexible exchange rate regime. According to the International Monetary Fund, the monetary authorities in Egypt have pledged not to intervene in currency markets.

Just a few months after plunging by more than 15% versus the U.S. dollar, the Egyptian pound tapped a new low of more than 32 units per greenback on Jan. 11. According to a Reuters report, the pound’s latest depreciation has prompted some analysts to question the extent to which the central bank wants the pound to fall. 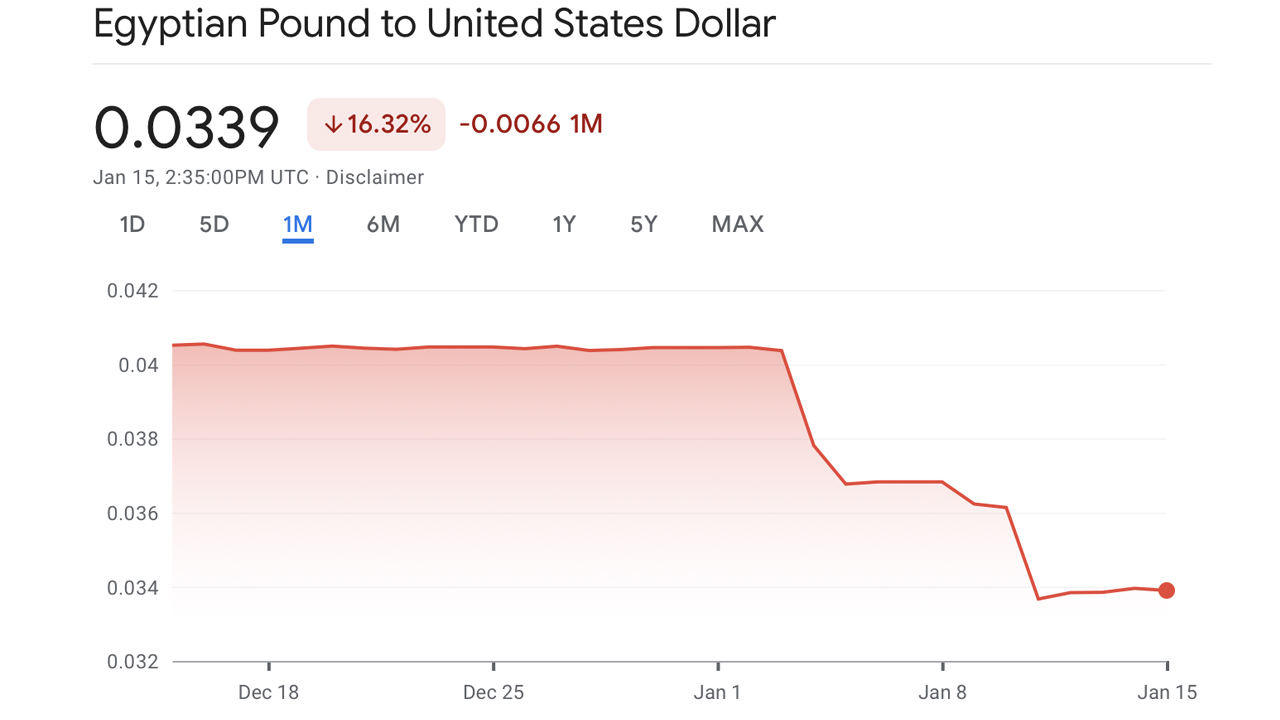 As reported by Bitcoin.com News in October 2022, the pound’s official exchange rate versus the dollar fell from just under 20 units per dollar to 23.09 per dollar after Egyptian monetary authorities agreed to abandon the fixed exchange rate regime. In return, Cairo would receive a $3 billion financial package from the International Monetary Fund (IMF).

Following the currency’s latest fall, some Egyptian analysts quoted in the Reuters report believed the pound had reached its lower limit. Others like Farouk Soussa of Goldman Sachs said it is still difficult to conclude that the pound versus the dollar exchange rate had reached an equilibrium.

“When portfolio investors start to come back in, that is when the market will have judged equilibrium. But there is no direct way of observing equilibrium,” Soussa reportedly said.

Monica Malik, an economist at the Abu Dhabi Commercial Bank said the pound’s latest plunge alone does not guarantee that investors will return. The economist said clearing the foreign exchange backlog may be one step that reassures investors. However, this requires new USD liquidity and according to Malik “there is currently no visibility where this liquidity will come from.”

Meanwhile, in the IMF’s Egypt staff country report, the global lender revealed that the government in Cairo had promised not to intervene in currency markets. As per its agreement with the global lending institution, Egyptian monetary authorities would only intervene in cases of excessive volatility.

Register your email here to get a weekly update on African news sent to your inbox:

What are your thoughts on this story? Let us know what you think in the comments section below.

Terence Zimwara is a Zimbabwe award-winning journalist, author and writer. He has written extensively about the economic troubles of some African countries as well as how digital currencies can provide Africans with an escape route.

Signs of Change as US Lawmakers Create Subcommittee for Crypto

LongHash Ventures Partners With Protocol Labs to Launch the…

What does UST’s De-Pegging Mean for the Wider Market?